My daughter Julianna and I have had an ongoing conversation for a few years about her getting a Tattoo. She has waited, a tribute to her sweet heart for her Mamma.

I want to be clear about my reasons for hesitation. It is NOT because I think she will look like a rebellious radical. It is because I want her to wait and wait and wait until she is sure about what she permanently does to her body. 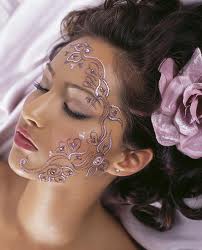 My honey got a Tattoo as a young 18 year old Marine just before heading off to Vietnam. It is on his forearm and he has been trying to cover it, especially in a professional environment, since we have been married. It no longer reflects who he is or the message he wants plastered on his arm for everyone to see.

I am meeting this week with my Bible Study babes as we continue our amazing discussions about decisions Christian women face on a daily basis that are not necessarily answered in black and white, or even red, in scripture.

Our discussion this week will be on Body Image. Things like cosmetic surgery, tattoos, exercise and weight fixations…..

So tell me, what do YOU think about Tattoos?

Do you have one? Do you like it? Were you young or older when you chose to get it? What motivated you? Are you sorry you did? Do you feel your Tattoo has had an effect one way or another on your Christian Influence?