As sure as the sun rises, he will appear; He will come to us…..like the Spring rains that water the earth.
Hosea 6:3 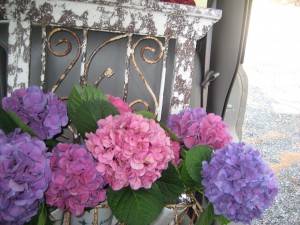 Springtime is my favorite season. Not only is it the birthday season of 2 of our children, it is the season that led me to The Cross.

Our firstborn son celebrated his 13th birthday on March 24 by inviting 2 buddies and their Dad’s to join him and my husband, his Dad, for a weekend in the wilderness. The plan was to load each Dad and son into a canoe of their own and travel as far into the wilderness of Florida as possible for a camping adventure. The three canoes filled with TESTOSTERONE made their ways down the Little Manatee River until they were far enough from civilization to feel the “FREEDOM” in their veins.

After setting up tents and making a little “man camp”, the boys asked for permission to go for a swim in the river. The Dad’s, weary from the day long paddling journey, willing obliged.

Just as the Dad’s popped their Coke tops and reclined into lawn chairs, their heard screaming son’s headed their way.

Our son Tim, had dived into the river and crashed his skull into a tree trunk. Blood poured from the open gash in his head.

The Dad’s went into action, wrapping Tim with every towel and shirt to be found. They loaded the boys back into canoes and began to paddle back towards civilization with our bleeding son hunkered down in the boat.

They arrived at the first interstate embankment, jumped from the boats, climbed towards the hi way and began to flag down cars.

You can imagine THAT scene. Three bloody men and three bloody boys, waving down cars.

Two elderly ladies stopped and picked up my son and my husband and took them to the nearest hospital, dropped them off and left. Never to be seen again.

It turned out that our son had not only slashed his head open, he had actually broken his neck in three places.

My husband stood by his side while our son was strapped to “Halo Traction”.

I crumbled to the floor in the hallway pleading with God to be “REAL”.

Four screws were drilled into our son’s skull as the medical team wrapped his head in a band of medal to secure his spine and prevent any movement.

Just a few months prior to this event, God had been miraculously restoring our very broken marriage and had led me back to the church of my childhood where I was teaching 5th Grade Sunday School, from a 5th Grade (at best!) knowledge of the Bible. I was actually using a Childhood Bible to TEACH FROM! (desperate churches will use ANYONE to teach Sunday School:)

As Easter approached, I watched my son walk around with nails driven into his skull.

I saw the watery blood ooze from the flesh that was sliced by the screws. I watched my son wince in pain as he moved certain ways and tried to sit, stand or walk.

During those weeks leading up to Easter, my curriculum had me lead my 5th Grade children in an Easter play for their parents.

As they presented, I sat in the front row “Director Seat” and cried my eyes out.

That was the day I SAW The Cross.

That was the day I got it. I understood what Jesus did for ME—Not just for the World. Not for somebody else—FOR ME.

That was the day I surrendered my messed up self fully to Him.

Since that day, I have never left His side. I have messed up. I have failed Him. But I have never turned back and I never will.

Have YOU encountered The Cross of Jesus Christ?

3 This is good, and pleases God our Savior, 4 who wants all people to be saved and to come to a knowledge of the truth. 1 Timothy 2:3-4

Have you Surrendered your heart to Him?

BTW—Our Son, Tim, fully recovered by the Grace of God and has 2 adventurous sons of his own now. God is good.