I recently enjoyed a wonderful “Girlfriend Getaway” with Melinda at Traveling the Road Home.

We had a wonderful time together traveling to the “She Speaks” conference in North Carolina. Melinda flew into Tampa from Dallas/Ft Worth to keep me company for the 10 hour DRIVE from my home to Charlotte.
In order to break our long journey up a bit, we took a short side trip to visit enchanting St Simons Island, Ga! It was a quick but wonderful time. We only had one night and one day to explore the quaint little island so we had to choose wisely. Although our visit came during the heat of the summer, the weather was pleasantly mild and comfortably cooled by the gentle ocean breezes that wander in from the Atlantic. The island is dotted with beautiful beaches, lighthouses and museums. 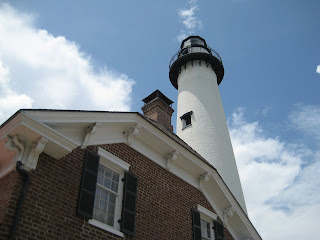 St Simons has a special place in my heart as it was where, as a brand new Christian, I first sat under the anointed teaching of the one and only Kay Arthur. It was also the location that my youngest son Andy and his bride Bethany, choose to be married, not too many years ago. Both events took place at “Epworth by the Sea”, a Christian retreat center managed by the Methodist church. St Simons is the spot where John Wesley, founder of Methodism preached his first sermon. The Island is filled with deep spiritual significance and a feeling of God’s favor and presence.
As part of Georgia’s “Golden Isles” it is easy to find a mix of history and adventure behind every ivy covered plantation wall. Life is lazy on St Simon’s as vacationers and residents alike wander the shaded bike paths, enjoy a trolley ride or like me and Melinda, drive REALLY s-l-o-w-l-y along the winding coastal roads ooohing and aaawwing and taking pictures for our blogs! 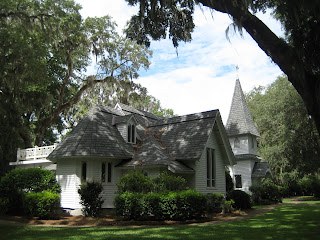 The first night, we ate at a yummy seafood restaurant called “Crabdaddys”. We enjoyed hot fresh bread that was served with a whipped honey and spice butter. As far as Melinda and I were concerned that alone would have been just fine as the full meal!! Instead we feasted on fresh catch Salmon and my personal favorite, Crab Cakes and Grits! um, um good!
The next day we enjoyed a tour around the mysterious and historical little island that is surrounded by beaches, thick marsh land and nature. The island is covered and shaded by Oak trees dripped with moss that have surely shadowed pirates and pilgrims of every surrely sort since the 16th century.
Near the Island’s north end is historic Ft Frederica and the beautiful Christ’s Church, originally built in 1820 and restored in 1886. 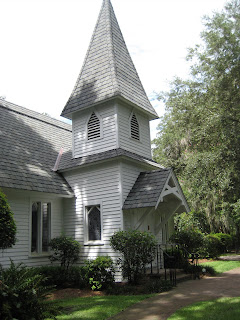 This is said to be the very spot where John Wesley surrendered his life to the call of God. The church cemetery, protected by an archway entrance with the words: “Enter with Reverence”, is the final resting place of the Islands earliest and most notable families.

Melinda and I spent hours reading the family graves stones, listening to birds chatter and the church bells ring. We were naturally obedient to the request for reverence as we were awestruck by the legacy and lives that we found positioned side by side and headstone to headstone. We took turns reading out loud to one another, the beautiful words used by some of the families to remember their loved ones: 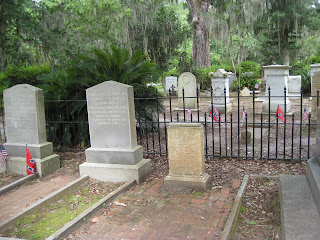 Things like this written for John Couper:
Born in Lochwinnoch Scotland, 9th of March 1759
Died at Hopetown, Georgia, 24th of March, 1850
“Endowed with a fine intellect, a cheerful and amiable disposition and most liberal and benevolent feelings. His life was devoted to the duty of redeeming himself most acceptable to His Creator-by doing Most Good to His creatures.”
Next to Sir John was his wife Rebecca.
“Faithful and Exemplary in the discharge of every duty,
Living, she was surrounded by friends and Dying, left no enemy”
Pretty awesome huh? I would be happy with that, how about you??
Have you ever wondered how someone might capture your ENTIRE life in a few words??
It got me thinking. The “headstone” of Jesus carried a different declaration. Rather than capture His life in glowing accolades, the words placed above his head were meant to forever fix the charge against him. As opposed to pretty words of praise and admiration, the graveside of Jesus was written to invoke and declare shame, failure and a life of duplicity.
The Gospels each reveal the short few words that were intended to capture the life of Jesus:
Matthew 27:37
Mark 15:26
Luke 23:38
John 19:19
“Jesus of Nazareth, King of the Jews”
To Him be the Glory! And because of His Shame, There is LIFE in the Graveyard!! 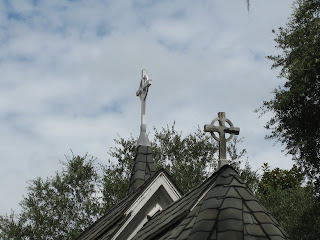