Welcome to the last of day the Life Unstuck 2 Year Birthday Party WEEK!

It has been a blast!! THANK YOU SO MUCH for joining my party!

I just want to close our week with a little reminder that we are BEAUTIFUL just as we are!

God loves you just as you are! 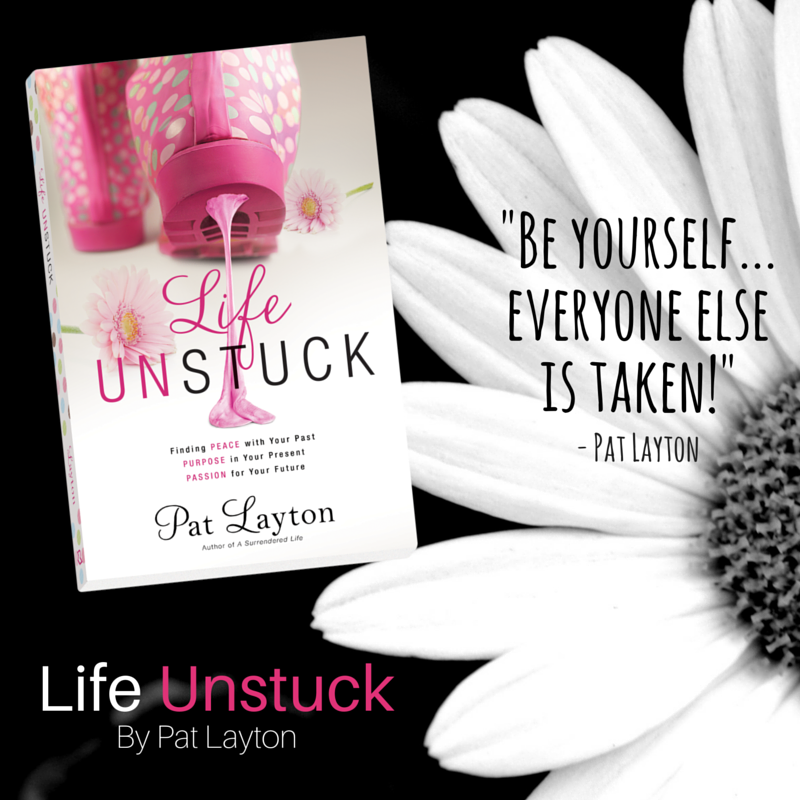 YOU are MORE THAN Good enough! You are fearfully and wonderfully made!

As I am writing this post, a song is running through my head that won’t let go and it isn’t “Jesus Loves Me”…it’s that old Helen Reddy song, “I am Woman, Hear Me Roar.” I am surely dating myself. I was popular in 1975 (I was just a barely a WOMAN).

Check out a few of the lyrics and sing if you wish:

I am woman, hear me roar in numbers too big to ignore, and I know too much to go back an’ pretend, ‘Cause I’ve heard it all before, and I’ve been down there on the floor. No one’s ever gonna keep me down again. Oh yes, I am wise, but it’s wisdom born of pain. Yes, I’ve paid the price, but look how much I gained. If I have to,  I can do anything. I am strong (strong)  I am invincible (invincible)  I am woman

Here’s the deal: I have no idea if Helen Reddy knew Jesus but one thing I do know—her words were born out of a heart God created. Whether she used her gifts to glorify Him or not, HE ALONE made her woman. He alone gave made her a strong, invincible woman!

1) We are ALL called to special assignments. Find yours!

It is he who saved us and chose us for his holy work not because we deserved it but because that was his plan long before the world began—to show his love and kindness to us through Christ. – 2 Timothy 1:9TLB

For we are God’s handiwork, created in Christ Jesus to do good works, which God prepared in advance for us to do. – Ephesians 2:10 NIV

2) God calls the Unqualified! Move into your calling, just like you are!!

Samuel was told this about our own David, the writer of Psalm 139 –

When they arrived, Samuel saw Eliab and thought, “Surely the Lord’s anointed stands here before the Lord.” But the Lord said to Samuel, “Do not consider his appearance or his height, for I have rejected him. The Lord does not look at the things people look at. People look at the outward appearance, but the Lord looks at the heart.” – 1 Samuel 16:6-7 NIV

3) There is no better time than right NOW! In the middle of your imperfection! Embrace Your Place!!

If you wait for perfect conditions, you will never get anything done. – Ecclesiastes 11:4 TLB

Do you remember Moses? He had a speech problem.

Paul? He never fully recovered from losing his sight on the Damascus Road.

Peter constantly struggled with having his foot in his mouth.

The Samaritan woman was defined by her litany of lovers.

Mary was fussed at by her sister for not “helping” her.

Samson and David had weaknesses with women.

Jeremiah was depressed and Job had some downers for friends.

Do you see a pattern here?

These were all people who had weaknesses but God used them all – through their weaknesses.

Peter’s tenacity with the Jews led to thousands being converted;

the Samaritan woman led her town to the Savior;

Mary was told she chose the “better portion”;

and Samson and David were great men of God!

Jeremiah was used to tell a wayward people of God’s broken heart over their sin and Job heard directly from God of how He has ALL things under His control.

In EACH of these cases, the individual realized their inadequacies of achieving what God wanted of them. Each person was keenly aware of their need of the true freedom only God could give. And each person had to receive that freedom before they could be fully used by the Lord and give away anything in return.

You are Woman – ROAR, Girl! Live in UnStuck Imperfection! 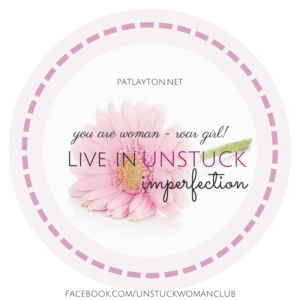 Hey ladies–this Life Unstuck BIRTHDAY party may be over for another year (even girls can’t keep them going on forever!) but I would love to stay in touch.

The very best way is of you to join my mailing list, found RIGHT THERE on the RIGHT SIDE of this screen as well as on the home page. I am ALWAYS giving away freebies to my mailing list!

Plus–I would be highly honored if you would “LIKE” me on my Facebook Author page. THAT IS WHERE THE LAST TWO BIRTHDAY WINNERS WILL BE ANNOUNCED SOMETIME LATER TODAY!

Last but not least, if you have not already how about joining The Unstuck Woman’s Club on Facebook. I would love to have you in the group–just find the group on Facebook and ask to join! 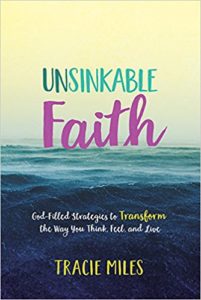 And the GRAND PRIZE GIVEAWAY! A $500. Gift Card CREDIT towards registration for my upcoming REST QUEST in Asheville, NC.