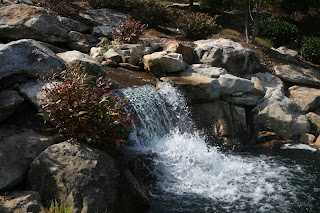 Honey and I woke up this morning, day 3 of our mountain getaway, to the sounds of a steady rain filling the air in the cottage. You can see by the photo below why this beautiful place is called a mountain “cottage” rather than a mountain “cabin”. 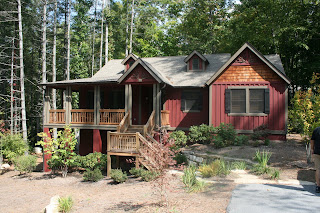 It is now almost 3pm and we are still lazily wallowing in this special rainy day!! We have burned through 5 buckets of firewood and I have not moved from the couch in front of the fire for anything but the bare necessities! 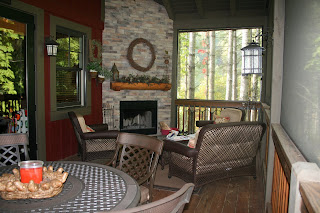 We started our day with a quiet fireside breakfast/brunch of French Toast, Bacon and steaming pot of Creme Brulee’ flavored coffee that has since been refilled 3 times (almost keeping up with the firewood bucket)!!
Both of us have been more than content to settle into God’s Word for an extended time, with God providing the worship music of the morning.
The rain sounds different from this mountain porch than it does from our suburban home in Florida.
Silence is the background music for each rain drop to touch the billions of tree leaves that surround us.
It is impossible not to totally focus your listening ears on each falling drop. I so wish that I could tape the sounds to add to my words.
The mountain stream that flows behind the cottage is struggling to continue to be heard.
It all combines to truly create a symphony of God’s very own instruments.
He, the single conductor, musician and sound system.
He has our undivided attention. We have His.
“The Lord spoke to you face to face
out of the fire
on the mountain”
Deuteronomy 5:4
Yesterday’s outdoor journey’s took us on a stroll throughout the reserve and some of the more gentle trails.
The Fall leaves are just getting started and splatter the mountains according to their hearts desire. They refuse to be ordered around by any particular pattern or boundary and have increased in passion each day since our arrival.
They do what they want to do, where they want to do it! 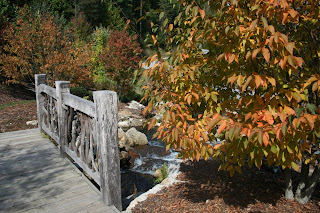 Mountain streams flow every which way throughout the property. 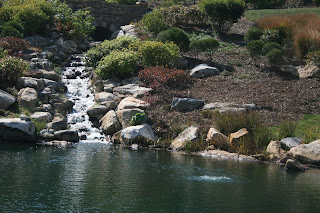 Sometimes ending in a fisherman’s dream. Our G-boy Jacob would be in fish heaven!! 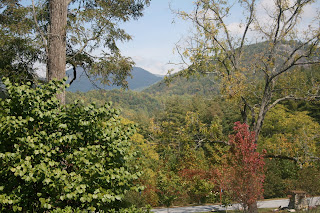 Butterflies and Bumble Bee’s seem to be working on Summers last provision. 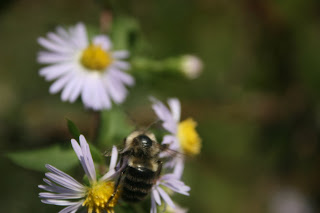 Fall decorations created by people try to work together with the drama created by Gold, Yellow and Reds of the mountain splendor. 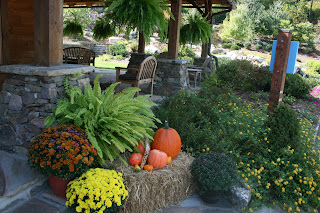 Honey and I completed our day with a trip to a little “Downtown” Bistro for dinner. No 5 o’clock rush hour around here. 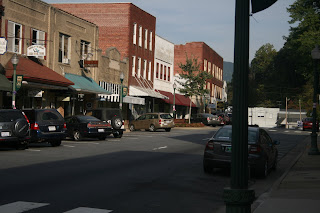 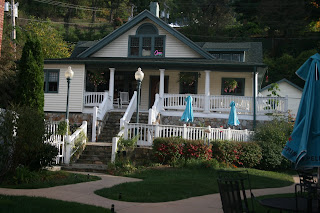 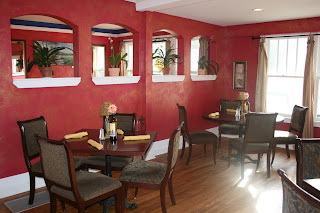 “Great is the Lord and most worthy of Praise

in the city of our God
His Holy mountain
It is beautiful in it’s loftiness
The Joy of the whole earth”
Psalms 48:1
Share this...